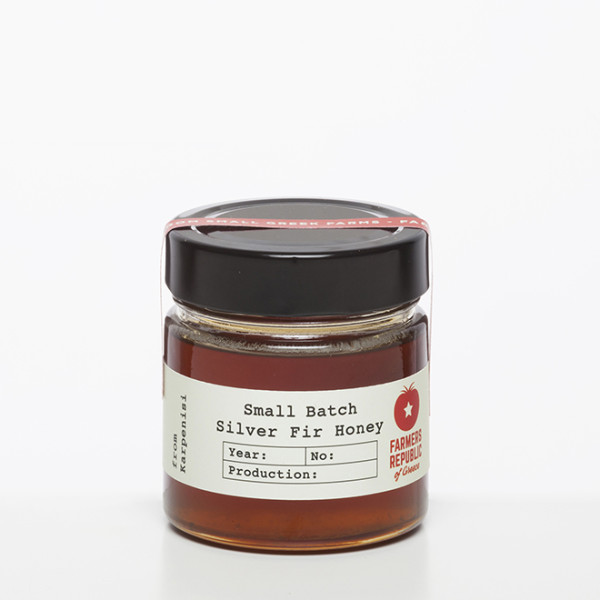 Silver Fir Honey is a unique honey collected from the mountain village of Karpenisi in central Greece. Not surprisingly, given its fame as the ‘Switzerland of Greece’, Karpenisi it is known for its magnificent mountains, rushing rivers, beautiful gorges, picturesque villages but also for its local products such as honey!

Silver Fir plant is considered the best variety in Europe and the Greek Fir Honey is one of the rarest products in all over the world.  Silver fir honey is dark greenish-brown in color and quite dense and it doesn`t crystallize easily. Characterized by the extremely thick texture, the spicy flavor while the flavors of the fir that are given off, constitute a real feast of tastes and colors. Being full of natural minerals, b vitamins and amino acids. It is best known for its high nutritional value. It is very less sweet in taste and goes especially well with brown bread, milky drinks and dried fruit.

There are no reviews yet.

Be the first to review “Silver Fir Honey” Cancel reply